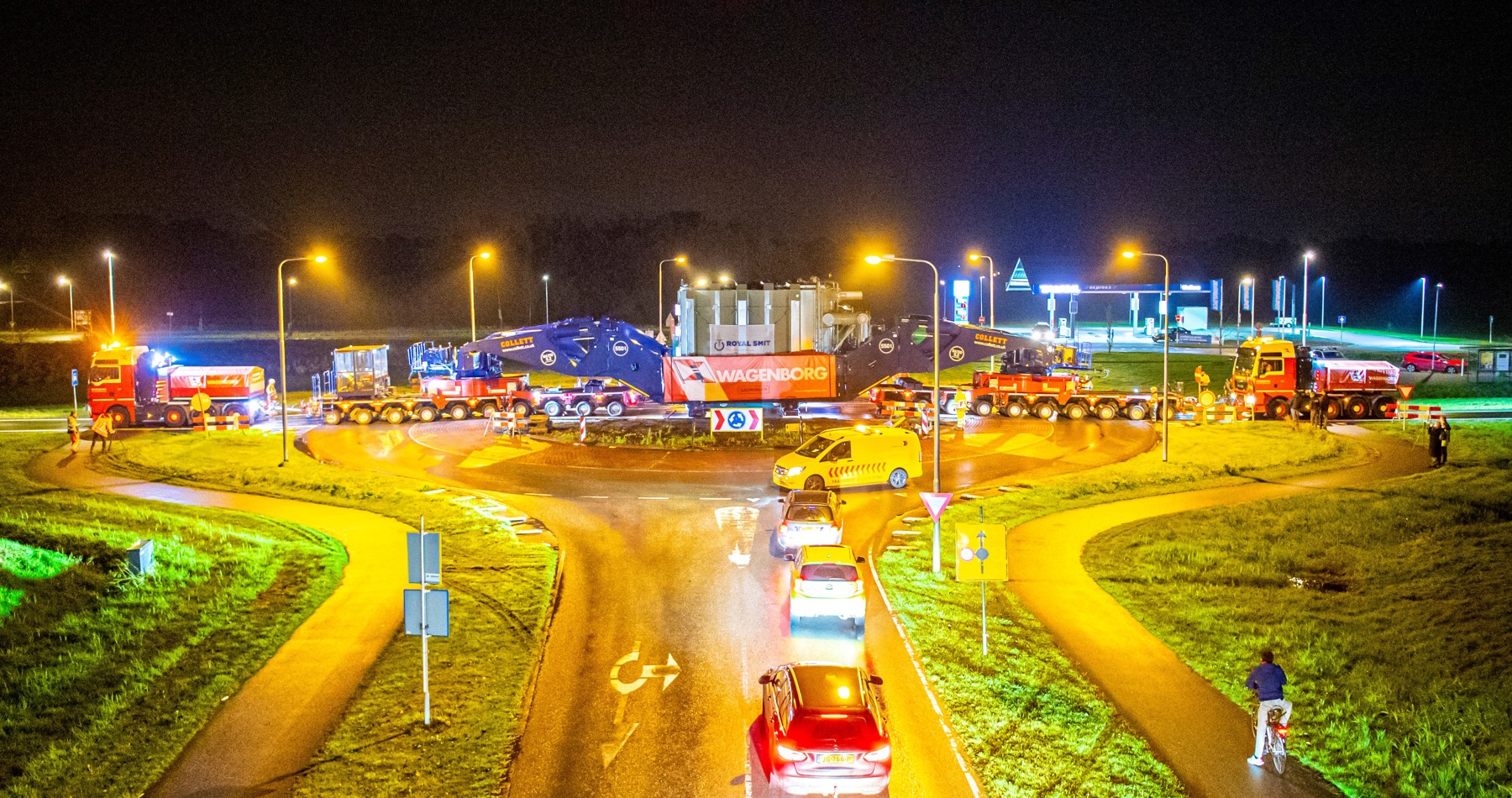 The heaviest transformer ever

The increase in electricity transmission via this interconnector requires the addition of three new 380 kV phase shifters at the Meeden substation. This particular type of transformer regulates the power supply between the two countries.

And these phase shifter transformers are special indeed! Weighing no less than 365 tonnes each, they are the heaviest transformers ever to be installed in the Netherlands. The dimensions speak for themselves—at a height of over 6 meters, a width of 5 meters and a length of 9.5 meters, they are enormous! You can't just take them to their destination in a van. But how would you do it then?

TenneT dealt with this issue more than three years ago. It was thought that it would be possible to get the transformers to their site in Meeden using special transport vehicles suitable for ultra-heavy loads. The transport vehicle would then go via the Hereweg in Meeden.

But along this road there were many large and old trees that would have to be severely cut down or even removed because of the height of the transport combination. This would not have earned the sympathy of the residents and the village council of Meeden.

The transport specialists of Wagenborg Nedlift, TenneT's transport partner for this project, took the initiative to investigate several alternative routes whereby the trees could be spared.

In the end, the route via the newly constructed wind farm seemed to be the best option. For this, a new makeshift road had to be built from the wind farm to the Meenteweg. Furthermore, all kinds of facilities and adjustments were needed on this route in order to be able to circumvent roundabouts, culverts and pipeline routes safely.

All in all, a major operation had to be carried out long before the transport operation was even in sight. Thanks to the cooperation of landowners, the municipality, the owner of the windmill park, Meeden’s village council cooperation and many other stakeholders, it all came together in the end.

A very special transport vehicle was used for this special transport: a so-called girder bridge trailer. The load on a girder bridge trailer is suspended between the front and rear sections of the transport vehicle. The weight of the load is thus evenly distributed on all the axles. This is a very convenient solution for an ultra-heavy load such as this transformer, especially if it is not possible to use an extra-wide vehicle for load distribution. The latter option was also investigated, but a vehicle measuring approximately 6.5 meters wide did not really fit on the narrow roads in Meeden.

The Wagenborg specialists decided that if it would not work width-wise, then the only option would be length-wise. Using the girder bridge from England, a suitable 65 meter long transport combination could be built. The total weight of the combination including the load was thus 625 tonnes!

On Thursday October 21st, the time had finally come—the first phase shifter started on its journey from De Zwaaikom in Veendam to the high-voltage substation in Meeden. A few days earlier, the transformers had already been transported by barge from the manufacturing site in Nijmegen.

The route had also been prepared: lampposts were removed, road plates laid out, the nightly closure of the N33 was prepared and the entire project team was given a final briefing.

All the effort and preparation were not  in vain: at the stroke of 10 pm, the gigantic transport combination slowly started to move. Through the specially constructed entrance, the Wagenborg transport team manoeuvred the giant transformer onto the closed-off N33. Going against the direction of traffic, it went via the slip road, Exit 39 and northwards to the thoroughfare.

Via the wind farm and the makeshift road that was built, the transport combination made a right angle turn towards the Meenteweg. What amazing steering skills the Wagenborg crew possessed! Once on the Meenteweg, it went straight towards the transformer station.

In the middle of the night, the transport vehicle arrived at the transformer station. It was done! Or almost everything. Before the transformer could be put on its foundation, the Wagenborg team still had another important step to carry out.

This extraordinary feat of heavy transport was repeated two more times the following week for the other two giant transformers. 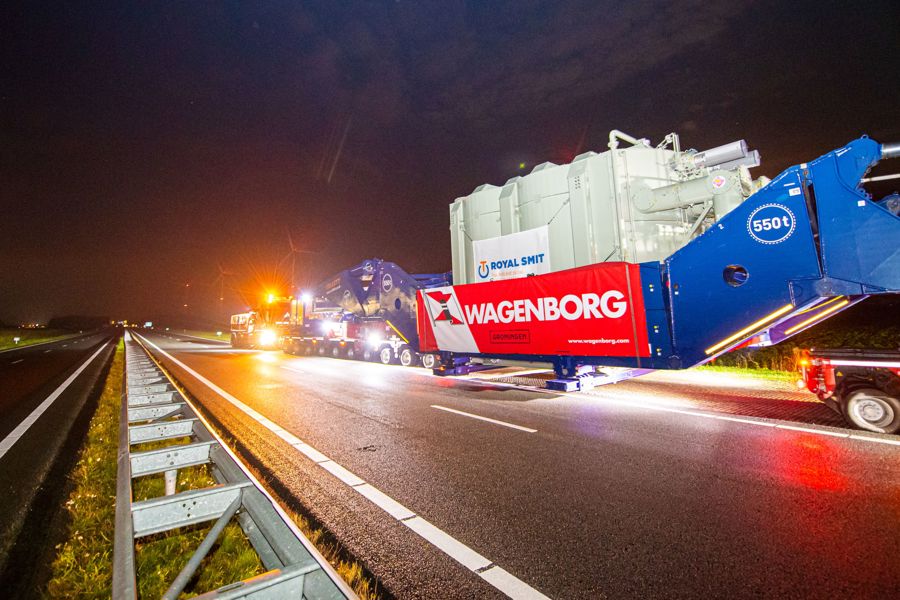 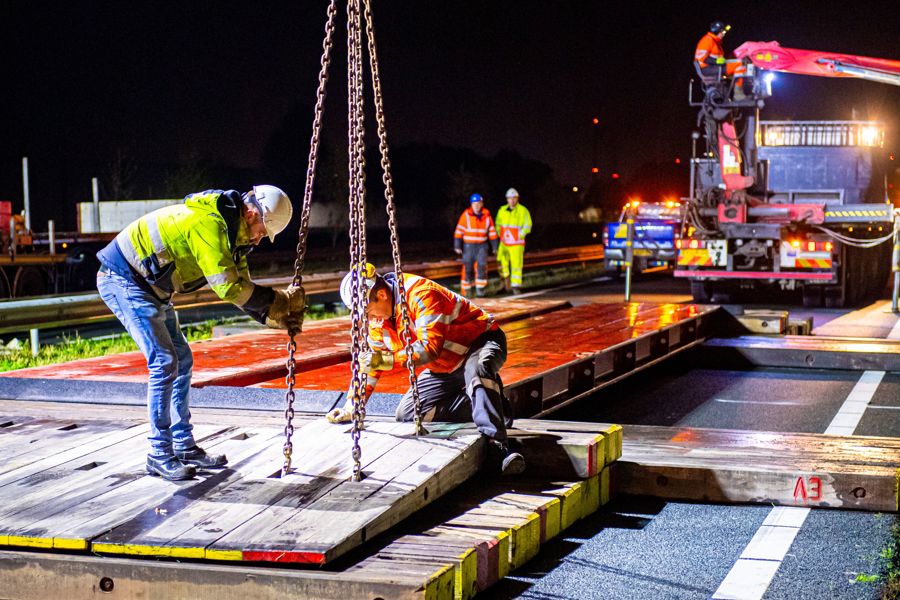 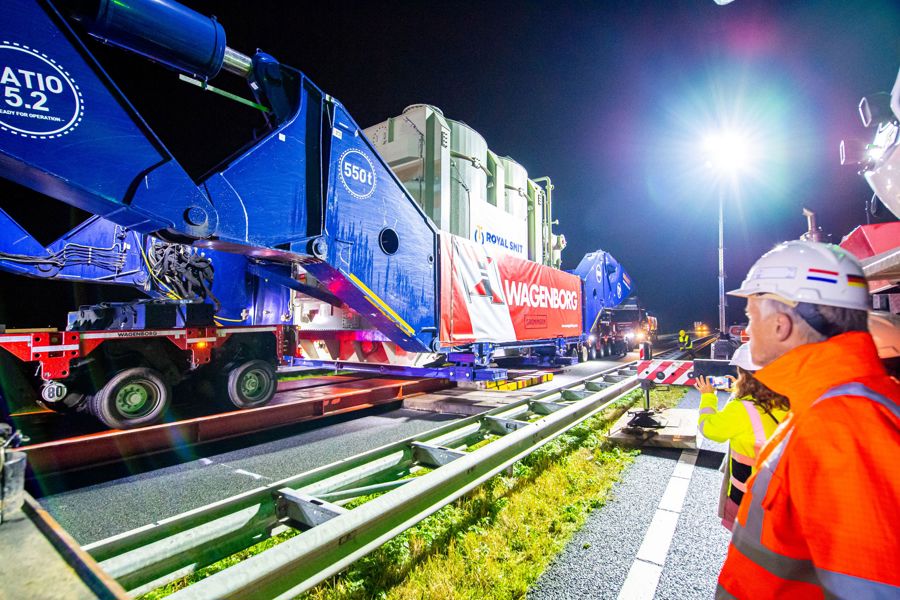 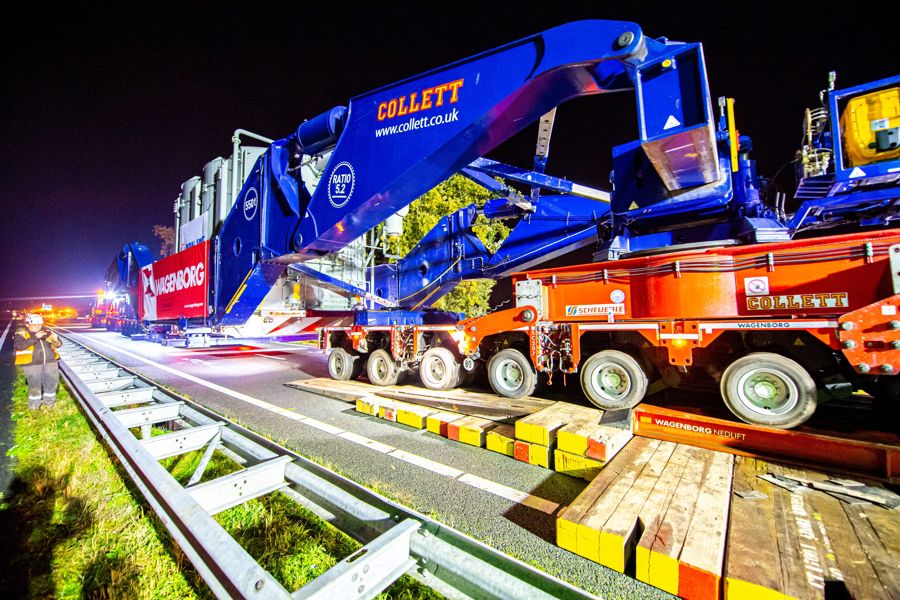 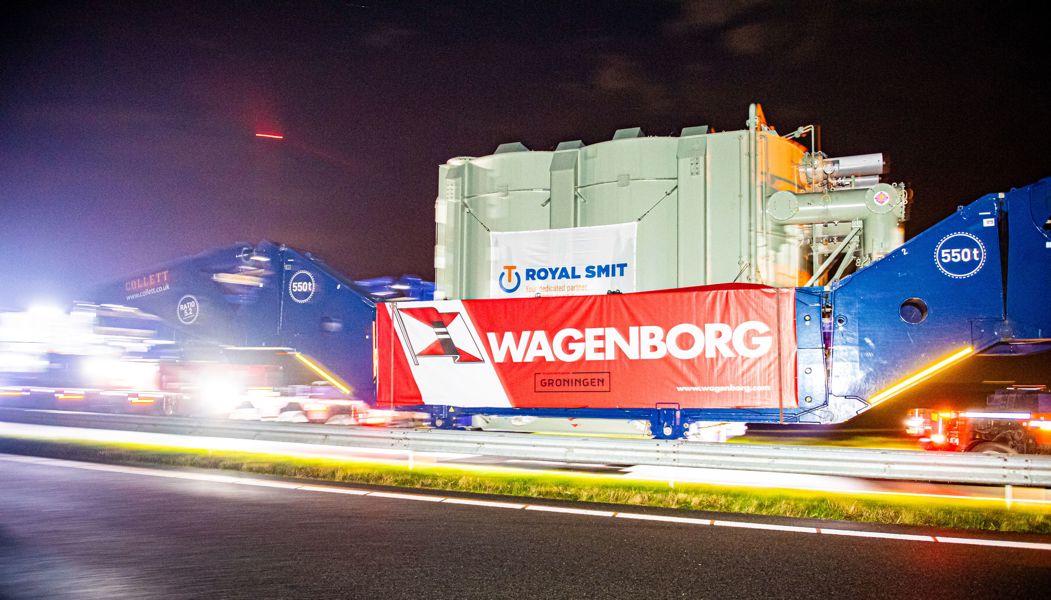 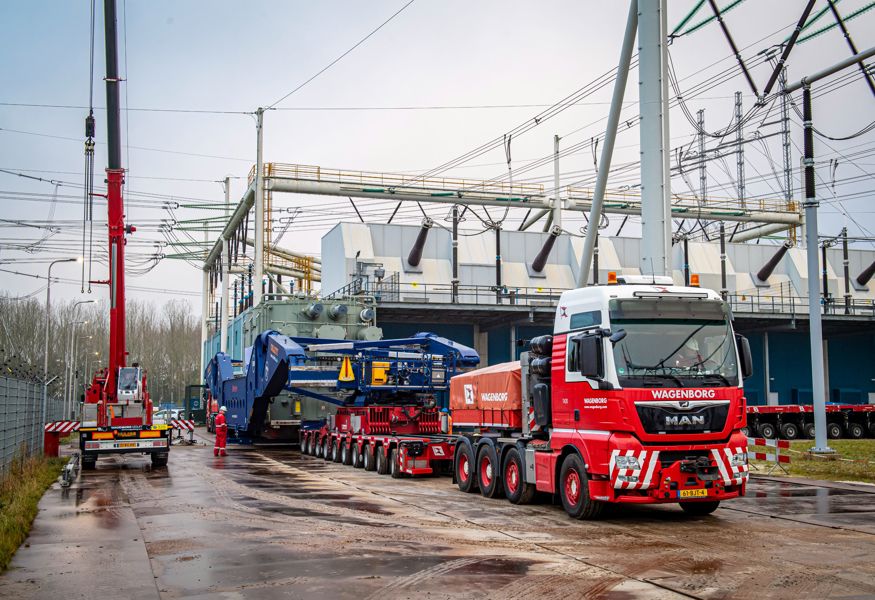 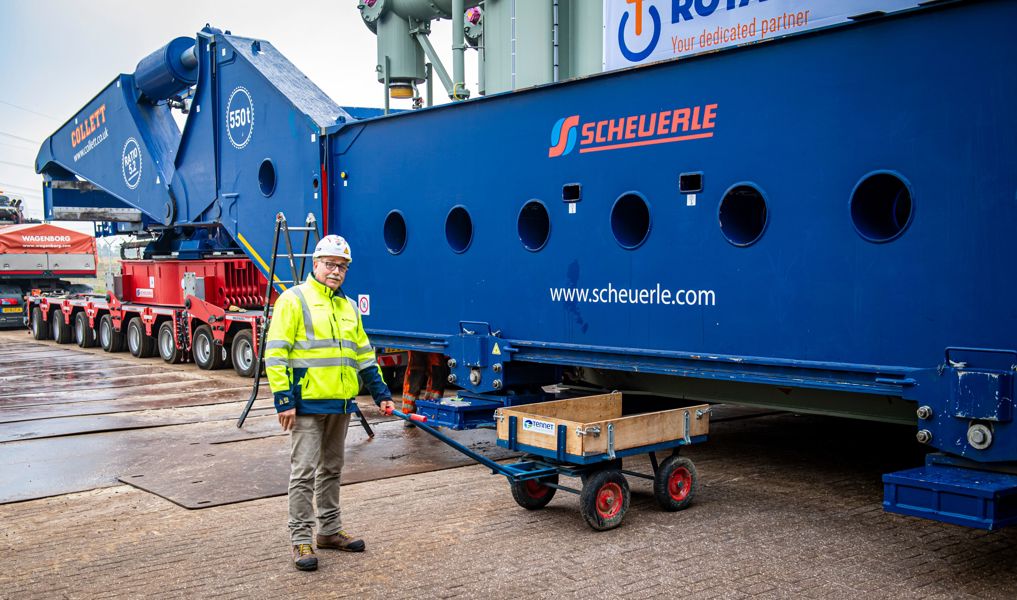 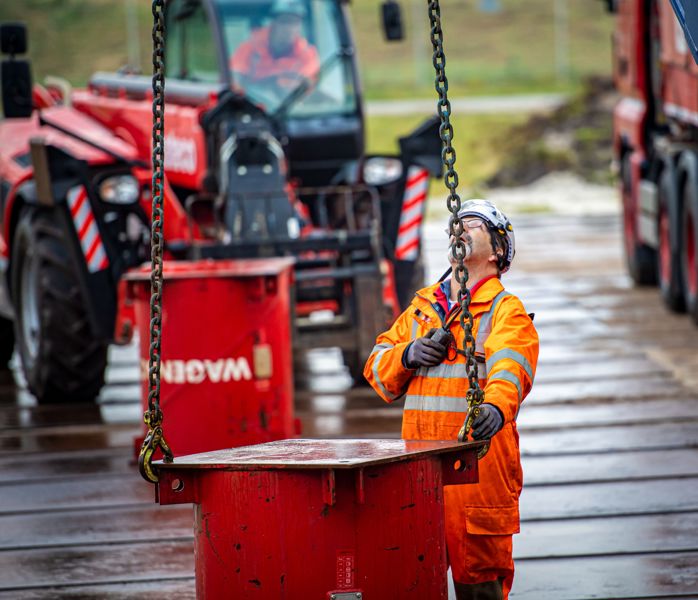 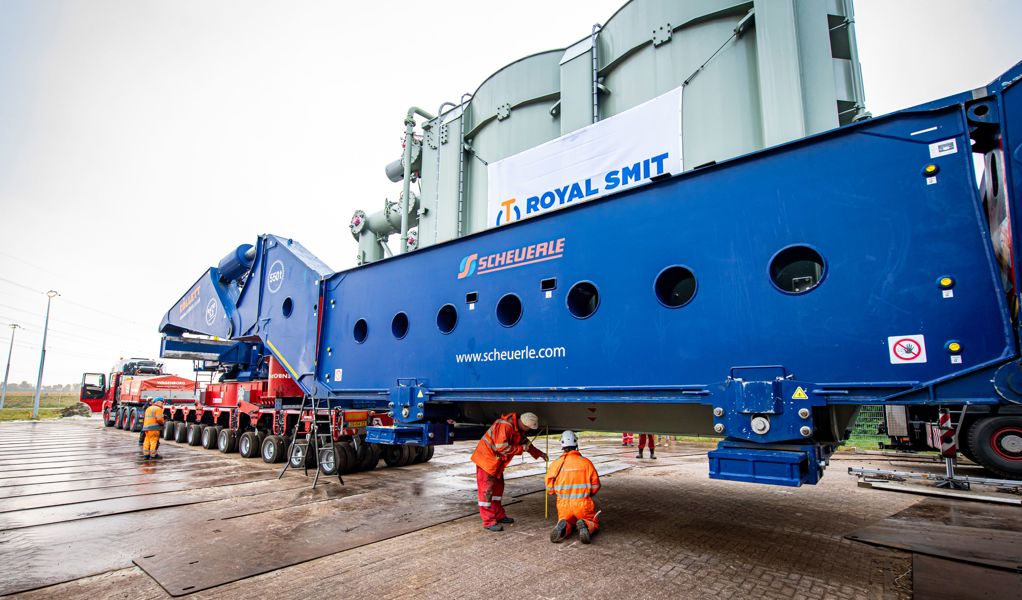 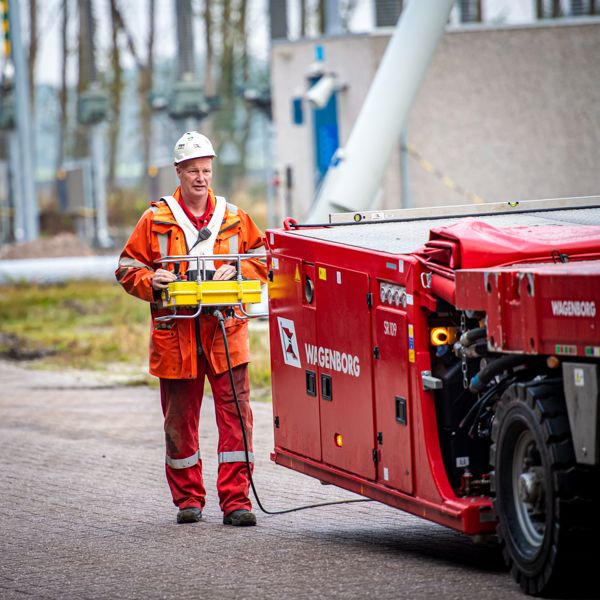 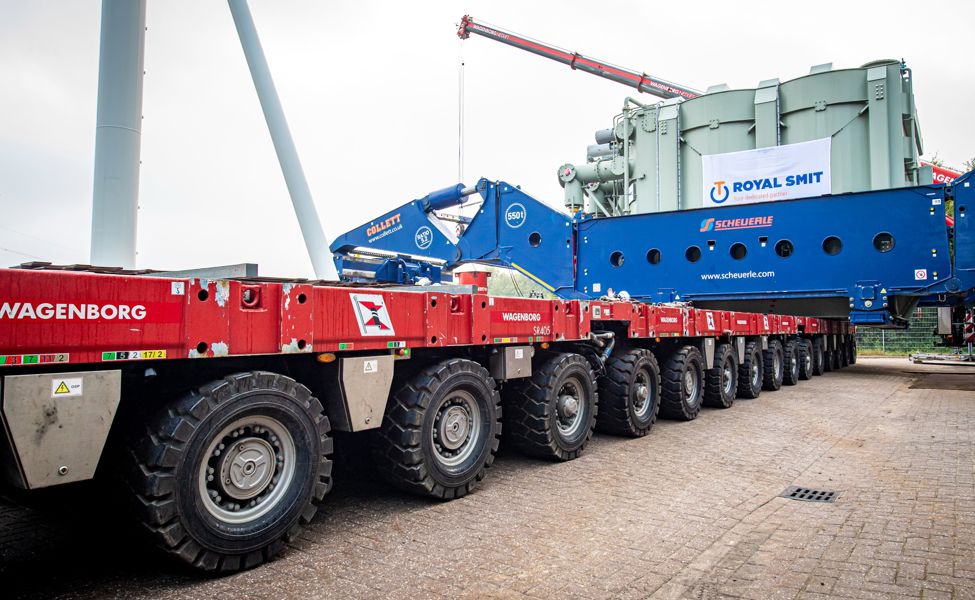 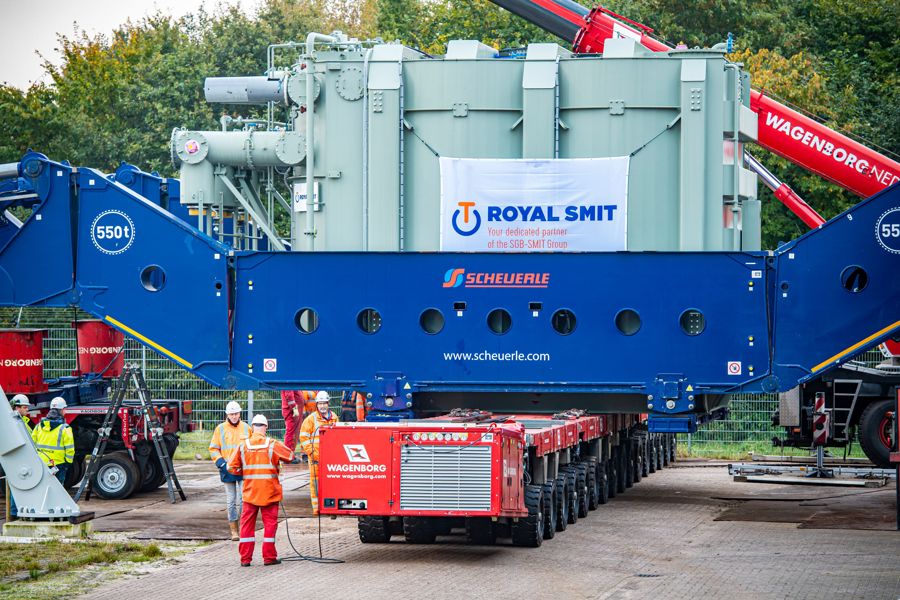 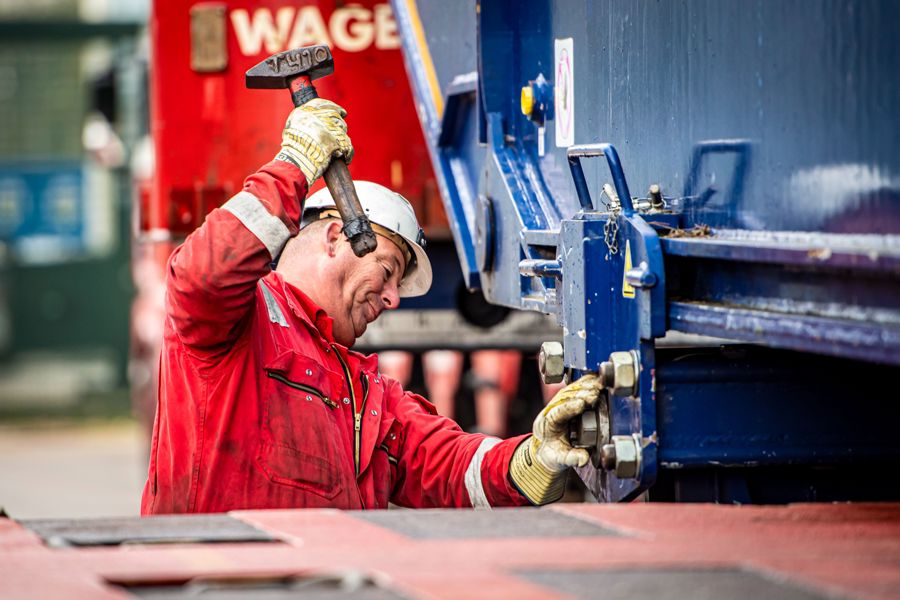 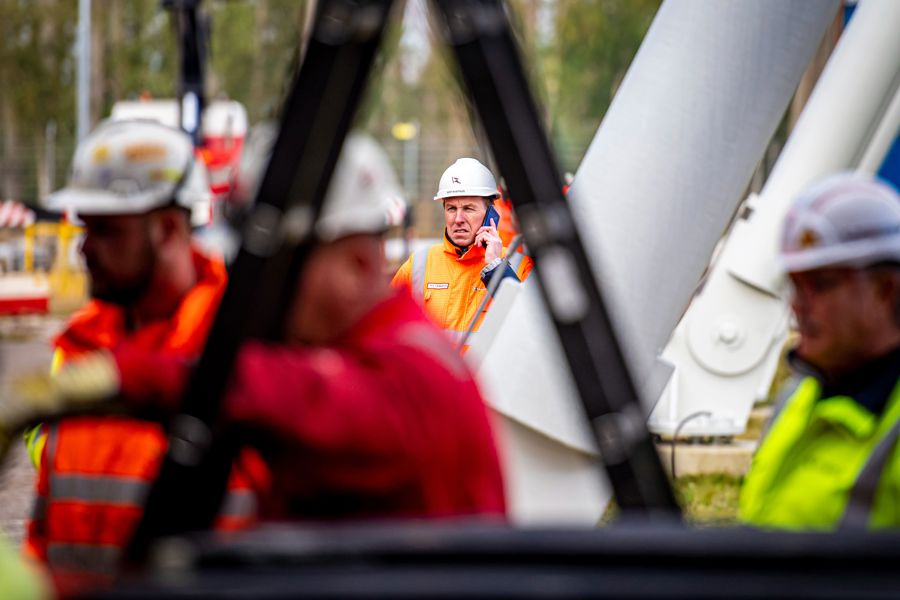 Would you like to know more? Check these pages!

We will be happy to assist you